They warn that negative health effects may occur with PFAS — per- and polyfluoroalkyl substances — even in tiny amounts that are “below the EPA’s ability to detect at this time.”

While the FDA largely phased out the use of two of the most harmful PFAS chemicals — PFOA and PFOS — in 2005 after a class-action lawsuit, they are still permitted in imported items.

PFAS are deemed “forever chemicals” because they are extremely long-lasting, breaking down very slowly over time. According to Clean Water Action, every American tested has had PFAS in their blood.

It follows a previous announcement that more than two-thirds of Americans’ drinking water contains uranium.

Small exposures of PFAS have been linked to cancer, kidney and liver problems, fertility issues, diabetes and obesity.

While the EPA says their update is in light of newly available science, others, including the Environmental Working Group, have been warning of the dangers of these “forever chemicals” for years.

Are there chemicals in your water?

The positive samples included metropolitan areas such as Miami, Philadelphia, the District of Columbia and New York City — altogether affecting up to 110 million Americans.

“We don’t know how long these communities have been drinking PFAS-contaminated water, but we do know that these chemicals have been used and discharged all across the country for years,” said EWG President and co-founder Ken Cook.

The only city with no detectable levels of PFAs was Meridian, Mississippi.

The EPA now recommends states that detect PFOA and PFOS take steps to reduce exposure, inviting states to apply for a portion of $1 billion in grant funds to address contaminants in drinking water.

After Premature Announcement Earlier This Week, ‘Leave It to Beaver’ Star Dies at Age 77

Americans also can take steps to reduce exposure on their own by using the EWG Tap Water Database to determine the amount of pollutants in their local water system.

In addition, the EPA recommends installing a home or point-of-use filter to combat PFAS exposure.

While the EPA’s advisory levels are not enforceable or legally binding, the American Chemistry Council insists that the advisory levels have “sweeping implications for policies at the state and federal level.” 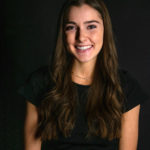